Popups started in the form of popup windows. These are the late ’90’s popups that were your payment window, or just an annoying advert or spam popup window. The introduction of safety features, as result of abusing the popup ability, meant they fizzled out.

The history of the popup window

In 1995, the inventor Ethan Zuckerman came up with the genius idea of popup windows. It wasn’t his intention to make them as incredibly annoying as they are now. He’s even apologised publicly on The Atlantic website (ironically, The Atlantic is a site guilty of using a popup ad window!). It was simply to make a tidy form of advertising. His idea had some financial backing and now almost all websites have tried, or are using, popup windows.

Popups, for a short while at least, were useful. Ecommerce websites used them for newsletter sign ups, offering a percentage discount or value discount on their next purchase in return of signing up. That’s what people are happy to see in a pop up. If the popup doesn’t benefit your customer, don’t bother doing it. Even we tried running one for a very short period. We quickly realised it was just an annoyance, so we binned it.

In present day, popups appear when you move your mouse to close a window, they appear when you land on a page covering the entire page and blacking out any content behind it, or if we name and shame The Atlantic, it’s a timed pop up with a paid advert that you can’t close until the timer ends. That’s the type of thing that annoys visitors!

How Google will penalise popups

Here’s a little excerpt from Google on the matter

• Showing a popup that covers the main content, either immediately after the user navigates to a page from the search results, or while they are looking through the page.
• Displaying a standalone interstitial that the user has to dismiss before accessing the main content.
• Using a layout where the above-the-fold portion of the page appears similar to a standalone interstitial, but the original content has been inlined underneath the fold.

Translated, this means – Don’t make unnecessary intrusive banners or popups, unless they have a real purpose, such as a login popup window. It’s as simple as that.

Google were even kind enough to show some examples of what they’ll be penalising: 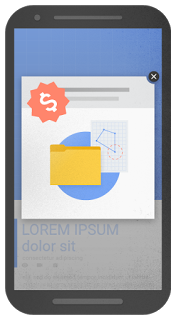 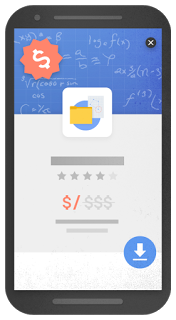 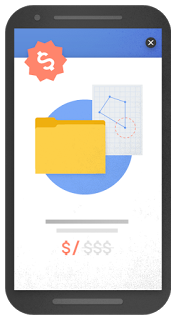 If you’re thinking of adding a popup or have one already, let us know so we can review it for you. The potential of capturing a few extra email addresses doesn’t outweigh the loss of traffic you’ll get from Google penalising you.